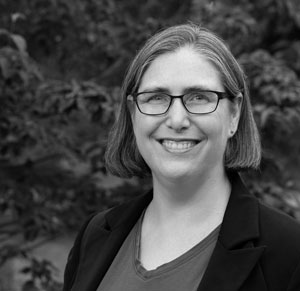 AACIPM recently had a conversation with Paula Gardiner, MD, MPH, and Jeffrey Geller, MD. We spoke to them about the new Integrated Center for Group Medical Visits, group medical visits for persons living with chronic pain, how group visits can address inequities in underserved communities, and how those services are billed and reimbursed.

Dr. Gardiner is Director of Primary Care Implementation Research at the Center for Mindfulness and Compassion at Cambridge Health Alliance. She is also an Associate Professor at University of Massachusetts Medical School where she directs the Center for Integrated Primary Care’s program on Group Medical Visits. 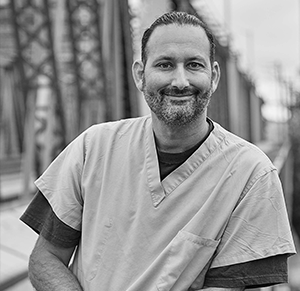 Dr. Geller, the 2020 Massachusetts Family Physician of the year, is known for his innovations in primary health care and group visit models.

What is a group medical visit for patients with chronic pain?

Group medical visits are used for an increasing number of chronic illnesses, including chronic pain symptom management and health issues. Current studies reveal that group visits can improve patient health status, quality of life, satisfaction, trust in their physician, and coordination of care. Groups range from 6-20 patients with one to two facilitators and meet at regular intervals – anywhere from weekly to every month from 1-3 hours.  During the group visit, clinicians provide medical care such as an assessment and management. This is done within the group setting or in an adjacent private examining space.

Why did the Integrated Center for Group Medical Visits (ICGMV) come to be?

We wanted to create a place that provided high quality education, implementation tools, and research on group medical visits as an efficient model for integrated primary care. We also wanted the Center to be a leader in pushing the conversation on health equity, increasing access to affordable non-pharmacologic treatments, and decreasing the health effects of loneliness. The center is in the community of Lawrence, Massachusetts, which has been deeply affected by the COVID-19 pandemic and gas explosions. More information can be found on the website Group Medical Visits – Integrated Center for Group Medical Visits (icgmv.org).

How do group visits get billed?

Currently there are no standardized ICD codes or no nationally accepted standards or explicit guidelines for coding and billing for medical group visits. Clinicians follow the Center for Medicaid and Medicare Services and standard rules in billing using Evaluation and Management (E/M) coding. The AAFP website notes that Medicare has issued a statement regarding group visits:

Click button below to read this statement and more extensive details about billing for group medical visits, the new Integrated Center for Group Medical Visits, and more.

Highlights from HHS and Congress

AACIPM acts as a connector, even between staff at Health & Human Services (HHS) agencies, who tell us they appreciate being kept abreast of what each specific agency is doing as it relates to pain care. This section is intended to help synthesize HHS highlights, and we welcome your feedback for future updates.

On July 16, 2021, the CDC National Center for Injury Prevention and Control (NCIPC) presented their Updated Draft Opioid Prescribing Guideline. While the draft has not been released to the public yet, the Opioid Workgroup of the Board of Scientific Counselors of the NCIPC has released their observations, making it clear that they were unhappy with the proposed updates.

Workgroup members are concerned, in part, that:

At the essence of the workgroup’s concerns is that none of the provisions from the 2016 guideline that were so often misapplied in the past five years have been sufficiently changed to prevent future harm. To show how little the guideline has been changed, U.S. Pain Foundation released a side-by-side comparison of the 12 recommendations that appear in the 2016 guideline and the 2021 draft. Advocacy groups have also voiced their concerns that the draft does not go far enough in overhauling the guidelines, with the AMA urging the CDC to remove arbitrary thresholds, restore balance and support comprehensive, compassionate care as it revises the guideline.

In response to the Workgroup’s observations and concerns, CDC accepted public comments for just one week after their meeting based upon those observations. Those comments will be included as a part of the July 16thmeeting’s minutes. 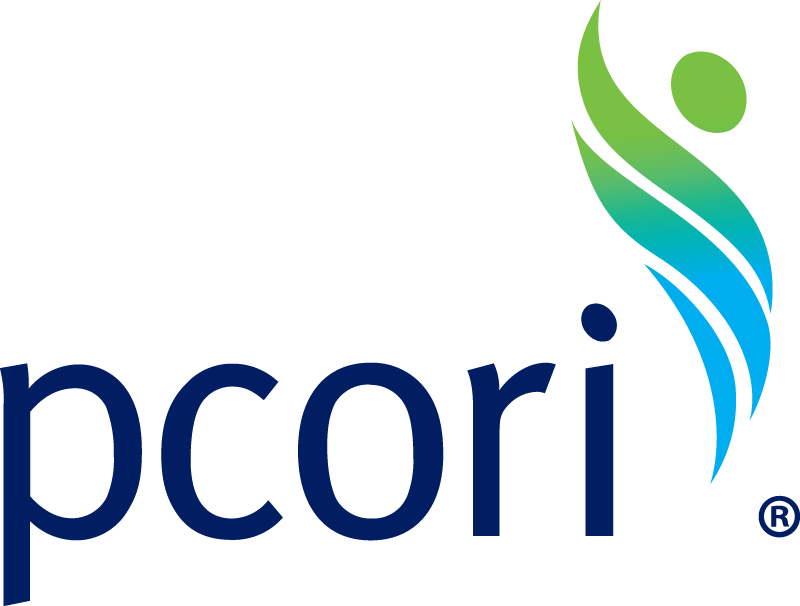 The Patient-Centered Outcomes Research Institute (PCORI) has released their Proposed National Priorities for Health, and is accepting public comments until August 27, 2021.

The five proposed National Priorities for Health, below, are wide-ranging areas that are intended to reflect what is most important to patients, stakeholders, and the broader healthcare community. Those priorities will then serve as a framework to guide PCORI’s funding decisions and related initiatives.

If you’d like to help PCORI shape the future of patient-centered health research, we encourag hrefe you to respond to their call for public comment. There are four prompts for each proposed priority, or you can provide your comments on the full set of proposed priorities. In addition, you can submit your comments as a PDF document or send them in via email to NPPC@pcori.org.

On July 13th, the Centers for Medicare & Medicaid Services (CMS) issued a proposed rule outlining changes to the Medicare Physician Fee Schedule (PFS) and other Medicare Part B payments for Calendar Year (CY) 2022. The proposed rule contains many pain-specific provisions and presents an exciting opportunity for advocates to provide information that could substantially impact CMS payment structure in regard to pain management.

CMS is specifically soliciting comment on a number of pain-related issues, including, but not limited to: 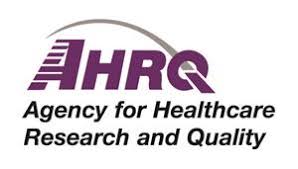 Comments to the proposed rule change will be accepted through September 13, 2021. The AACIPM team is currently exploring if it will facilitate another group sign-on comment, such as the letter submitted by AACIPM in response to AHRQ’s request for public comment on its systematic review for integrated pain management. If you are interested in being a part of this, contact Amy Goldstein. 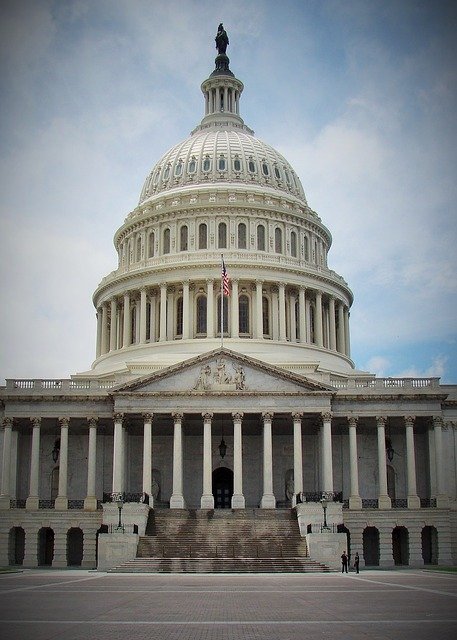 The House Appropriations Committee recently released the draft fiscal year 2022 Labor, Health and Human Services, Education, and Related Agencies funding bill. The bill provides a total of $49 billion for NIH, an increase of $6.5 billion above the FY 2021 enacted level. If passed as currently drafted, the legislation will increase funding for opioids, stimulants, and pain management by $627 million, as well as increase funding for health disparities research by $330 million. The bill also provides for major health infrastructure funding, including $1 billion in a new, flexible funding stream for public health infrastructure and capacity nationwide and $106 million for public health workforce initiatives.

Relevant Reading
This section is found at the bottom of every newsletter. Scroll down so you don’t miss timely articles and studies on topics you care about!

The National Academies of Sciences, Engineering, and Medicine (NASEM) have released the consensus study report Implementing High-Quality Primary Care: Rebuilding the Foundation of Care. In light of primary care being the foundation of the health care system, and in response to unequal access to primary care that has been highlighted by the COVID-19 pandemic, this report puts forth an evidence-based plan with actionable objectives and recommendations for implementing high-quality primary care in the United States. The implementation plan of this report balances national needs for scalable solutions while allowing for adaptations to meet local needs. 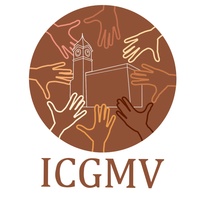 ICGMV Conference: Together, We Heal

The Integrated Center for Integrative Group Medical Visits has its first conference on September 17.  Read more about the Center in the interview with Drs. Gardiner and Geller found above in this newsletter.

Reserve Your Spot  |  View the Lineup  |  Support the Conference 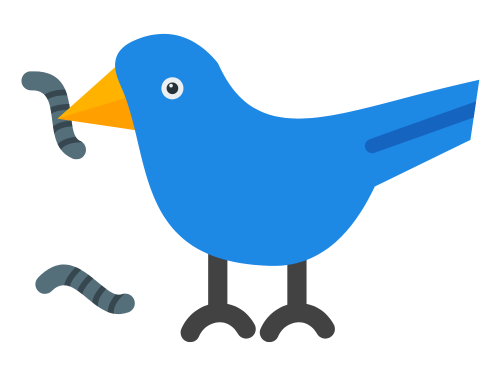 Snag your “Early Bird” ticket now and SAVE!

Message from the Director 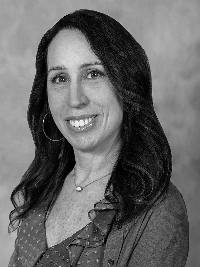 I hope this summer issue finds each of you staying cool.  As the AACIPM team is gearing up for an exciting editorial calendar and improved digital communication in the next two years, I want to remind each of you to please reach out with any suggestions.

The key ingredients in our work are collaboration and practical resources to improve access to whole person, integrative pain management. With so many inter-related activities happening in this space, it’s very important for multistakeholders to have AACIPM as a trusted resource to find relevant and actionable information.

I hope you enjoy what is in this issue and would love to hear your feedback.  We are revamping our resources and want to learn what is most important to you.

3 People With CRPS Share What It’s Like To Live With The Most Painful Condition Known, Scary Mommy, July 27

HHS and DOJ Issue Guidance on “Long COVID” and Disability Rights Under the ADA, Section 504, and Section 1557, HHS, July 26

When someone on your team has chronic pain, Illinois News Live, July 23

Why I stopped hiding my chronic illness from my colleagues, Science Magazine, July 22

Talking to Yourself Can Actually Be a Really Useful Way to Cope, Self Magazine, July 20

Moving the body and calming the mind, VAntage Point, July 19

Preferred life expectancy and its association with hypothetical adverse life scenarios A new study sheds light on how the specter of dementia and chronic pain reduce people’s desire to live into older ages. AAAS, July 12

Passive transfer of fibromyalgia symptoms from patients to mice Study Shows Why Fibromyalgia May Actually Be An Autoimmune Disease, Mental Daily, July 2

As State Emergencies End, Providers Look for New Telehealth Limits Healthcare providers in some states are scrambling to determine what their telehealth platforms can and can’t do in the wake of expiring state emergency declarations. mHealth Intelligence, June 29

We welcome your input! What do you like? Do you have a contribution for an upcoming newsletter? Send us your comments, suggestions, or contributions.